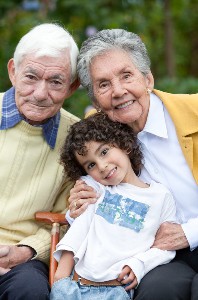 One of my first coaching efforts occurred back in 1970 when I coached the under twelve ‘orange’ boys’ basketball team to a lightning premiership in a competition held at the Reed Street hall in North Fitzroy, Melbourne, Australia.

That’s forty-three years ago, which is a long time in anyone’s language.

Since then I have continued to coach, train, facilitate and deliver presentations to audiences whose age ranges from 5 years old to 104 years old.

The organisations in which I’ve run workshops are as diverse as the age of the participants. They include schools, basketball clubs, Tai Chi clubs, businesses, government sector organisations and aged care centres.

I’ve found the most enthusiastic and appreciative groups tend to be primary school children and the elderly – those who are starting out in life and those who are nearing the end of their lives.

I think the reasons children and the elderly are very appreciative audiences in the sessions I run include:

Perhaps it’s also because at the beginning and towards the end of our lives we’re more able to ‘live in the moment’, appreciate it and enjoy it. Something we often lose touch with in between!

And I suppose my enthusiasm also contributes to the session – and that enthusiasm is just as strong as it was when I coached that boys’ basketball team back in 1970.

It really is a great feeling when I’m working with an appreciative audience.

It makes it all worthwhile.